Because the internet and the real world have officially melded 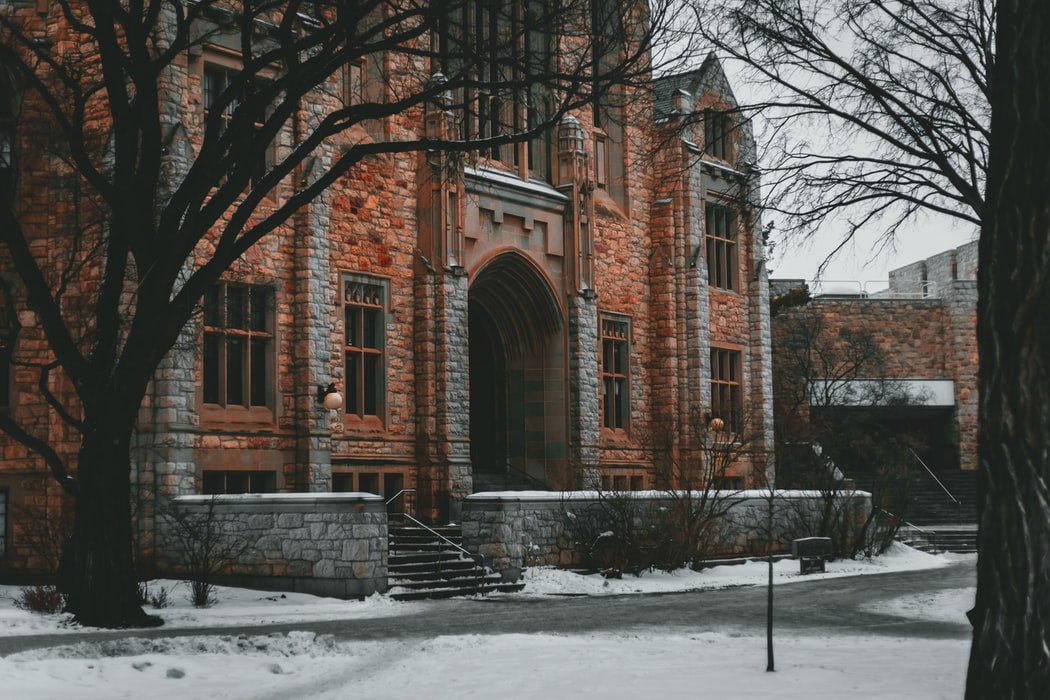 A liberal arts education cultivates the mind and the imagination; encourages seeking after truth, meaning, and beauty; awakens an appreciation of past traditions and present challenges; fosters joy in learning and sharing that learning with others; supports taking the intellectual risks required to explore the unknown, test new ideas, and enter into constructive debate; and builds the foundation for making principled judgments.

In a nutshell, it meant that they prepared you with a solid foundation with which to keep learning for the rest of your life, and to meet any challenge you faced with agility and creativity. And yes, I believed in it in theory, but I was 18 years old. Even then, I thought, what did I know of the "real world"?

The truth is that the refrain of how important it was to "learn how to learn" felt a tad defensive, designed to combat the common narrative bemoaning lack of STEM majors in the U.S., sneering at 18-year-olds who dared to pursue subjects that actually appealed to them. (Let's be honest, folks, it's easy to fall in love with timeless works of literature; it's not that easy to fall in love with memorizing math formulas and the periodic table, which is unfortunately how I experienced STEM subjects.)

Or maybe it sounded defensive to me because we'd matriculated in the midst of the Great Recession, the one that is estimated to have robbed entire cohorts of people of income and opportunities that will have ripple effects for the rest of their lives. It wasn't really the best time to advocate general principles over practicality.

Fortunately by the time I graduated, it was Obama's second term and the economy was doing a lot better. But secretly I still wondered whether this "foundation" was practical in today's world, which seemed to want skills that were "hard" and "marketable" in a major with a high "ROI." My immediate experience applying for jobs straight out of college certainly didn't help; I seemed only vaguely qualified to do most entry-level jobs. Why would anyone pick me, a government & legal studies major, to be a marketing assistant over someone who was a marketing major?

I ended up pivoting my career a couple times within a few years, finally catching a lucky break as a UX/UI designer in early 2016. It was definitely not the easiest route one could take to get to that position. When I finally started the job I felt a little shaky, but optimistic about the future — I'd done it!

Oh, and then Trump happened. Trump was elected with the help of the Russians, fake news-spreading tech platforms, and racist nationalists. Suddenly the national conversation shifted towards bigger philosophical questions, like what to do when the truth is being actively attacked by the right wing and the actual president of the United States. Who determines the truth? What structures enabled this to happen, and how do we determine the core problem? How do we fix it?

Three years later, we're still far from solving these fundamental issues. What's more, the consensus is that tech is a big part of the problem — the industry whose door I banged on to let me in. What gives tech companies the right to decide what public discourse should look like? Does it even count as public discourse if it's on a private company's platform? Can the government successfully regulate these companies? What would that even look like?

And then people started saying things like, maybe Mark Zuckerberg should've taken some humanities classes instead of devising a convenient way to rate his classmates' faces and dropping out of college to take over the world. Maybe the over-emphasis on so-called practical subjects, and the deemphasis on the squishier human problems like ethics is what's at the root of this rot. I felt like I had suddenly and inadvertently landed in between these two worlds: everything's-an-engineering-problem vs. everything's-a-values-and-people-problem.

On the one hand, my liberal arts education seems to have been fully "vindicated." On the other, well, it's been "vindicated" in the worst ways imaginable. The weakening of democracy. The corruption of the highest court in the land. Poorly-paid contractors making the decisions about what to do with the deluge of terrible content on the Internet while sustaining mental trauma. I mean, it wasn't a tradeoff I would ever have chosen if I'd somehow had the power, but it's still a weird feeling.

So what now? It's not like I know how to solve these problems by virtue of some college classes I took years ago; being handed the answer key was never the point anyway. But I'm growing as a designer and as a citizen, and I find myself reaching for all my past experiences in an effort to reach newer levels of understanding and impact. The high-level themes I came away with then are the same themes I see now: Any action can have unintended consequences. Capitalism and any other "-ism" are fluid ideas, not fixed machines. Change the shape of a thing, a system or a city or a website, and you can change behaviors and outcomes.

What do we do with that, though? That's the million-dollar question, the question I'll be asking myself for a good long while.

Break into UX design: create competitive advantage in your portfolio

The reason we have design process

Macro vs. micro in product development