I attend a bunch of events in San Francisco, so I thought I'd write about some of them in the hope that I'll remember the takeaways better, and perhaps help those who couldn't attend.

If you're heading to a good event soon, or went to any of the ones below, feel free to get in touch! These days, I'm particularly interested in design in AI, ethics, privacy, cybersecurity, government, and politics.

I grew up being called “shy,” but accidentally discovered a passion for high school debate and mock trial. Then I went to a liberal arts college and majored in government; so basically, I learned how to combine a thousand strands of information into a coherent argument and back it up with evidence. Convenient skills for a designer!

I've been reading xkcd for years, so it was awesome to see its creator in person. He shared stories about interviewing astronaut Chris Hadfield for his new book, How To, and how unflappable he was answering questions about the most ridiculous scenarios tossed at him.

Munroe also said he's always had lots of interests, which prompted him to decide against attending grad school where he would have had to pick a narrow specialty. This resonated with me, as someone who could barely entertain the idea of grad school while seemingly everyone around me in undergrad were taking the GREs and plotting their tracks through med school.

I decided to move to a tech hub instead, in part because I sensed that you wouldn't have to be boxed into a particular discipline or professional track. Of course, this has its downsides too: you have to find your own way without a professional credential in hand to help you out. It means long, stringent interview processes. But overall... I think it's working out.

Got to see xkcd's Randall Munroe in person!! He's funny and thoughtful in person too, dammit... Events like this are why I pay to live in SF I guess. #xkcd @Scribd #scribdchats pic.twitter.com/w7Uius6sQE

I loved this event: it was a workshop, so it was much more interactive than most other events I've attended. That alone was great because so often we're stuck awkwardly striking up conversation with whoever is nearby and seems available. (I mean, we still did that, but the group activities later on helped immensely.)
‍
We learned a framework with which to assess the ways bad actors could abuse a product, which sounds like something every product designer should know. It was helpful to me because I know we should design ethically and responsibly, but it can be difficult figuring out how to do that. I definitely plan on putting what I learned to use some day. Time well spent, plus the spring pea hummus and chips were delicious.

Look it's me making a weird face!

Great workshop, can't wait to talk to my team about it! https://t.co/uUPt1wxcJX

Brittan Heller recounted her fascinating, terrible story of getting harassed online (and offline, as an extension) and bringing her lawsuit to the courts — truly a story of strength and determination. She's now working at the intersection of tech, free speech, AI, law, human rights, and more, which frankly sounds so difficult and complex, but absolutely necessary. I came away inspired and also frustrated by the amount of crap in the world.

Before the talk, they had everyone go around and introduce themselves and whether their companies are hiring. (Most were!) It stood out as a useful way for everyone to get to know each other, and the plentiful wine and charcuterie didn't hurt, either.

Great, short talks by two different speakers. Vero talked about designing for different audiences at AirBnb, particularly those with drastically different circumstances for using AirBnb than the typical vacation — like those displaced by natural disasters. She went deep into some of the details around the words they used, which was fascinating and showed how much care they put into the process.
‍
Peter talked about reflecting on his own awareness of accessibility and inclusion, and how much he had learned recently from an expert who had visited Figma. There is so much more all of us can and should do, and this was a nice reminder.

Great to learn more about #inclusivetech at Airbnb - crossing cultures and contexts is hard but necessary.

Speakers: Katie Witkop (Founding Designer at Faire), and a couple others whose names I unfortunately don't have
Host: Faire

Faire is an online wholesale marketplace for boutique retailers, and their office was a real reflection of that. They made sure their new space didn't follow the typical startup office formula. If I had to describe it, I'd say it was minimalist, white with modern gold accents, clean lines, and atypical furniture — but I'm sure I'm not doing it justice.

The entrance was set up to look like a little boutique, with white sculptural displays with items carefully arranged on them. I have no idea how to do this kind of design, but it would be fun to learn. In terms of content, it was interesting to see and hear about Faire's philosophy, early design challenges, and what it's like to serve this particular user base. Oh, and their extensive charcuterie spread was much appreciated.

Speakers: Me! And several other ladies trying out their talks
Host: Women Talk Design and WeWork

At the beginning of 2019, I'd set myself a goal to get involved in public speaking. Women Talk Design hosts lightning talks every couple months in San Francisco to provide a supportive environment for novice speakers, so this was the perfect first step.

I put together a five-minute lightning talk called "Intro to versions of introversion", quickly discovering that five minutes is hard to fill just right. With five minutes, you have to cut and cut and cut until you're left with just the essentials, and you can't forget your lines or talk too slow. Basically, there's little room for error.

It was a great exercise in idea generation and writing, and everyone in the room was very supportive and gave constructive feedback that was sent to me after the event.

.@expectopatrobyn clears up misconceptions about introverts in her talk “Intro to versions of introversion”. #WTDLightningTalks pic.twitter.com/2N5Bo8f1t5

Loved the Netflix show, loved the book I got for Christmas, loved hearing Samin Nosrat talk and getting my book signed. She's just awesome. I appreciated that she didn't feel compelled to say (in response to an audience question), "yes, I feel pressure from people telling me I represent all Persians now." She was comfortable saying that she never felt she fit in with any one group growing up, so she tries not to pay attention to other people's pressures and projections. I can see that being very difficult when you're suddenly very famous.

Scribd offers free copies of the book for anyone who signs up for a trial of their service, so a friend of mine took advantage of this and walked away with Samin's beautiful book. Highly recommend these ScribdChats, and yes, their cupcakes and wine. 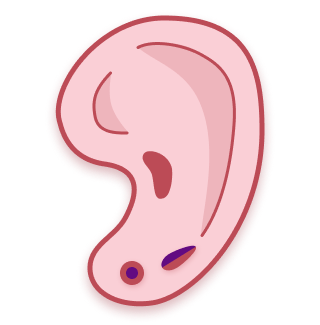 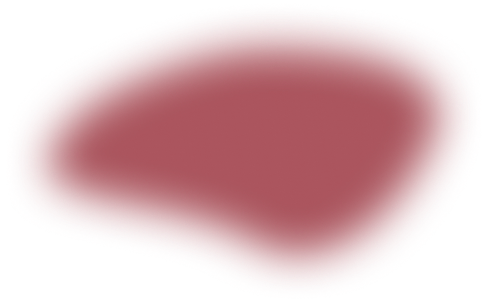